See what features, functionality and fixes were shipped in Version 90 (July 2022).
M
Written by Martin Clark
Updated over a week ago

You can now manage your CRM users via an improved set of screens within the CRM. For now, you can manage users in both the Admin Portal and the CRM, but we'll eventually retire the Admin Portal feature for this. The new user management screen is available (for use by Admins only) via the Settings from the navigation menu.

Modifications to user roles made via the new user management interface in the CRM are now logged in the “Audit” tab on a user. This will let you see when they were added, by who, and how their permissions have changed over time.

Note: Any changes made via the Admin Portal will not be recorded in this audit log, so the log may be inconsistent during this interim period if you continue to use both interfaces.

You can now view the estimated monthly calls to third-party APIs. This graph is accessible via a button on the Operating Company connection information screen. Please note that this value is an estimate, so may not exactly match numbers provided by the third party system. 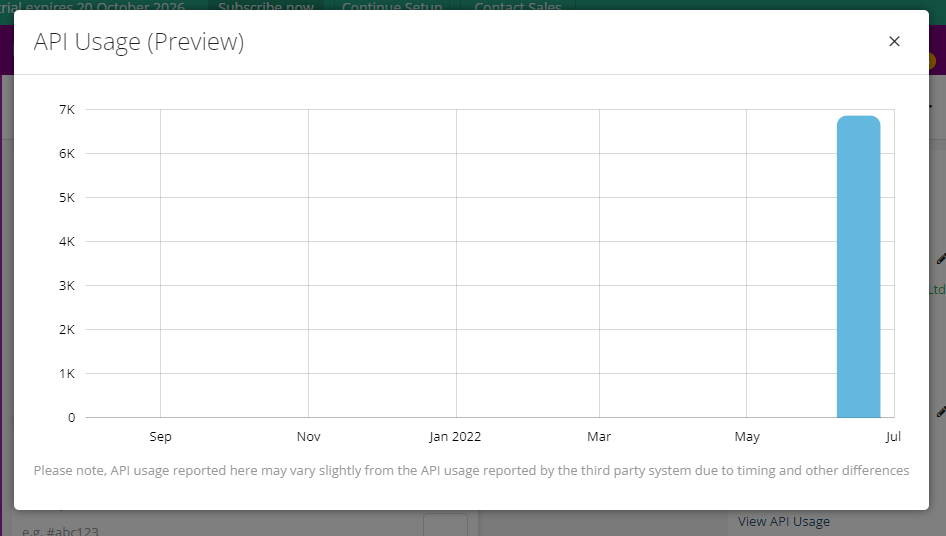 Note: at the moment if you have a connection to an Inventory Management or Manufacturing System (Unleashed, DEAR Inventory, Cin7, or Katana) and an Accounts system (Xero or QuickBooks Online) then this graph will show a total of the combined API calls. We'll look to improve this analysis with a more detailed breakdown in the future, if it's considered important and requested by multiple customers.

Columns on Reports now have a drop-down menu giving users even easier ways to access to sort, add filters, add/remove columns, or modify the column’s properties. 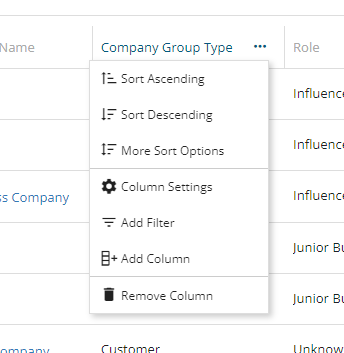 There's now an advanced sorting capability, accessible via the further options menu in the top right-hand corner of a Report (the "…" button) or via the “More Sort Options” button on an individual column menu (described above). This interface makes it super easy to see how your Report is currently sorted, to modify the sort, and even to sort the data by multiple columns, which can then be dragged up and down to set the sort priority.

Head over to this article for further help on sorting your data.