See what features, functionality and fixes were shipped in Version 93 (September 2022).
M
Written by Martin Clark
Updated over a week ago

Please note: At ProspectSoft, we use Release Rings to systematically roll out new features in a way that minimises risk. This means that updates aren't rolled out to every user on the day they're shipped. Instead, they're gradually delivered to a small percentage of customers each day within specified Release Rings. Of course, if customers report issues with an update, we'll pause the rollout while we investigate. So, if you can't see the newest updates yet, don't worry - you'll receive them in the next few weeks.

Previously, the CRM would simply prevent you from adding a Contact with an email address that’s already in use on another Contact. However, you'll now be offered a process for resolving the conflict. Clicking the “Resolve” button allows you to very easily select which Contact should be the primary user of this address. It then assigns the duplicate email address as an additional (non-primary) address on all the other Contacts.

This allows the CRM to maintain unique primary email addresses for all Contacts (essential for all sorts of unique identification and automation) whilst at the same time making it much easier for you and your team to manage common scenarios such as two users genuinely sharing a mailbox (such as sales@ or info@mydomain.com).

Product item supplier data is now available in the CRM for users of DEAR Inventory. This data allows you to report on things like sales of products by supplier, and thereby identify which products from which suppliers you sell the most/least of. 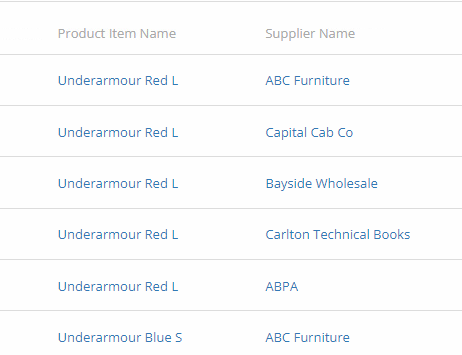 You can now automatically identify customers imported from DEAR or Cin7 as B2C based on their price tier. This feature is currently available for DEAR Inventory and Cin7 customers only, and only applies to newly created records (i.e. customers that have already been imported into the CRM from DEAR or Cin7 will already have been categorised as B2B or B2C and this setting will only apply as the CRM tries to categorise new customer records).

Note: Other Inventory Management system integrations don’t use the Price Tier for this type of B2C detection because they have a specific customer type field that's used instead.