See what features, functionality and fixes were shipped in Version 82 (January 2022).
M
Written by Martin Clark
Updated over a week ago

This version includes an initial prototype of our new Goals feature (hidden behind a Preview flag for now). This very early version only has one type of goal and very little in the way of performance analysis...but obviously we'll be taking feedback and expanding on this functionality as we build out our full Goals feature. 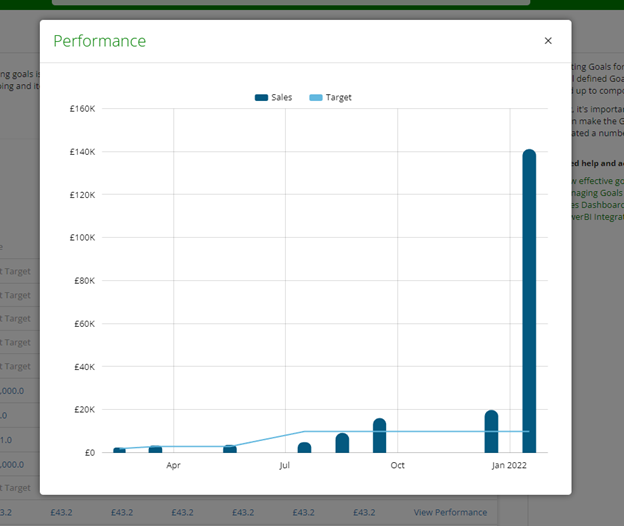 So, this first prototype allows you to set sales goals for each Account Manager, and/or set sales goals per customer. Whether you set goals by Account Manager or by Customer will very much depend on whether you have lots of small customers or a few much larger ones. Whilst this version doesn't include any Dashboard components or any extensive analysis, it does allow you to review your sales vs. target in a simple performance graph.