See what features, functionality and fixes were worked on & shipped in Versions 65 & 66 (December 2020 & January 2021).
M
Written by Martin Clark
Updated over a week ago

So, this is the first "Tech Corner" article we've produced. Some users told us they wanted a slightly more comprehensive set of release notes for each version. If that's not you, then you can stop reading now as all the "big updates" will still be posted as individual feature announcements. For those that love a bit of nitty-gritty, here goes:

Added new de-dupe rules to the new data importer to make it easier to import lists of Contacts against existing Companies.

Unfortunately, the new data importer is currently only available to ProspectSoft staff. How disappointing! But, don't worry this feature will be available to a wider preview audience soon. 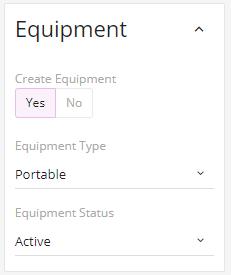 We now support the basic DEAR Inventory tier-based special pricing. This includes DEAR accounts set to use a price tier with a fixed price or a calculated price based on the average cost price of the product (+mark-up or +fixed value).

Note that this doesn't yet support all pricing options and in particular doesn't support pricing based on supplier specific prices, such as the fixed supplier cost or latest supplier cost. This is because we don’t import supplier information at this time. Pricing set to this configuration will revert to use average price in the CRM instead.

DEAR are expecting to provide more API support for their special pricing options in their new API, expected in Q2/Q3 2020. When this is available, we will be in a position to support more of the DEAR Inventory pricing options.

A button has been added to Equipment record that will allow CRM users to duplicate the record. This can be a useful and quick way to manually create multiple similar Equipment items.

A system option has been added that will allow Tasks/Recalls to be set without specifying note text. Search the system settings for "notes" to find the new setting. The default for this new option means you won't see a change unless you specifically choose to update this option.

While most updates in your CRM are made by your users, some records might be created or updated by our support and onboarding teams, and some could be automated by the system itself. To make this clearer (and prettier in the UI), The "Support User" has been renamed to “Prospect Support”, still with the Prospect icon for its avatar. The system user has been renamed to “System” and given a new avatar (a cute robot!).

...Is that all? Well at least you now know how hard our lovely team of developers is working !! 😍