See what features, functionality and fixes were shipped in Version 81 (December 2021).
M
Written by Martin Clark
Updated over a week ago

💬 Support for @mention of colleagues in the Activity Stream

You can now type @ followed by someone’s name to mention them in an Activity. By mentioning someone in the Activity, that user will receive an email notification with the details of the Activity and a link to open the relevant CRM record.

The Quote address/delivery screen has been updated to make better use of the available space and to make it easier to select a specific address (either from a postcode lookup, the account's list of delivery addresses, or from a general CRM search). 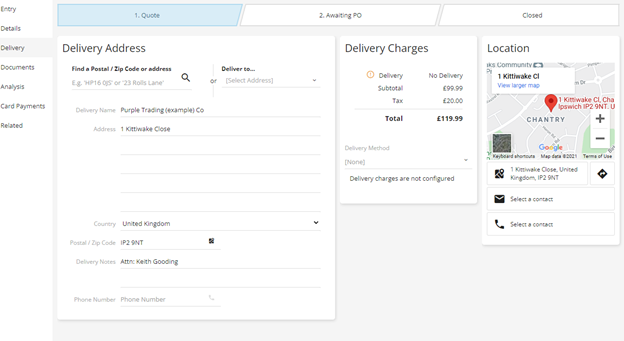