See what features, functionality and fixes were shipped in Version 89 (June-July 2022).
M
Written by Martin Clark
Updated over a week ago

The export functionality in Reports (used in "Save to Excel" or "Update via Excel" features) has been rewritten to better handle large amounts of data. Exports now happen in the background and you'll be able to see the progress of your export as it runs. Users will also be emailed when their export is available, so they don’t even need to keep the window open. There's no longer a maximum time that an export can take, as any slow exports will just keep running as a background task.

To help users manage and keep track of these new background tasks, there's a new icon in the top right of the app bar. This new icon looks like a database with an export arrow. Clicking this icon will allow the user to see their active and recent exports. 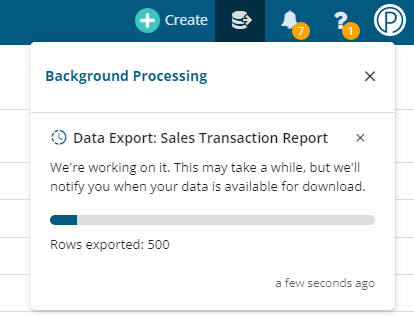 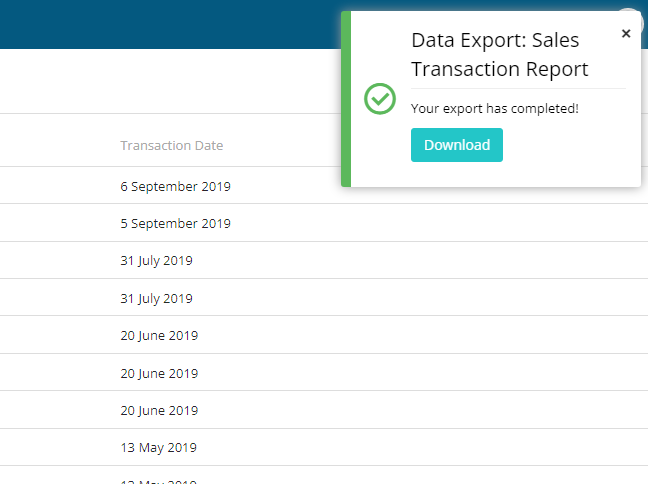 A new type of Word Quote table has been created that gives users much more flexibility for displaying Quote lines with different fields, titles and layouts. It allows any field to be selected from Quote lines or any related entities, including custom fields. It also supports resequencing and renaming of the columns and some limited options for specific data formatting (such as the number of decimals to display). 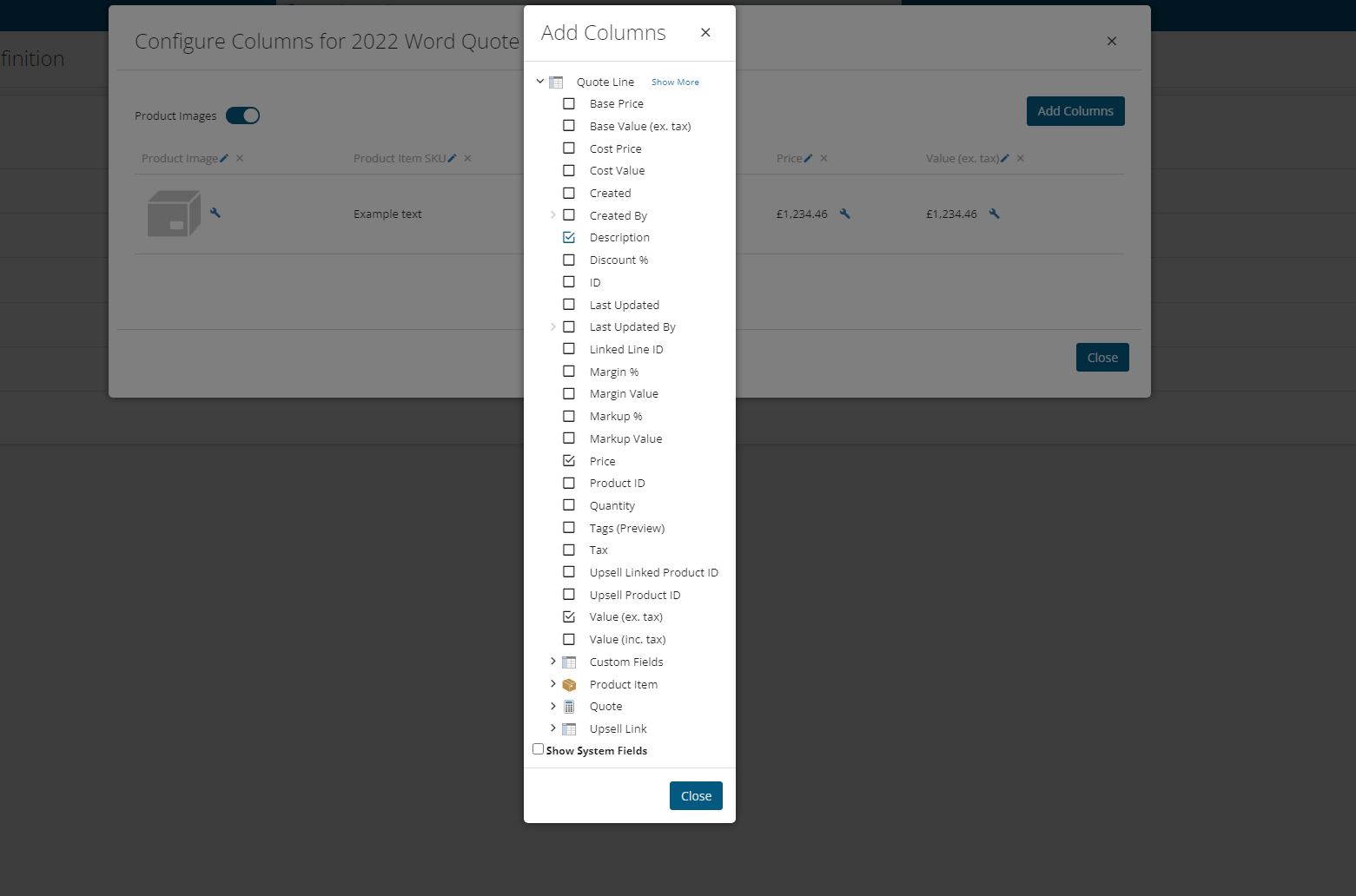 We’ve added the ability to search fields by name in the Report Builder. Although the entity tree view will still provide the clearest way for some users to navigate the data, the search will let you find a field if you’re not sure where in the tree it appears. 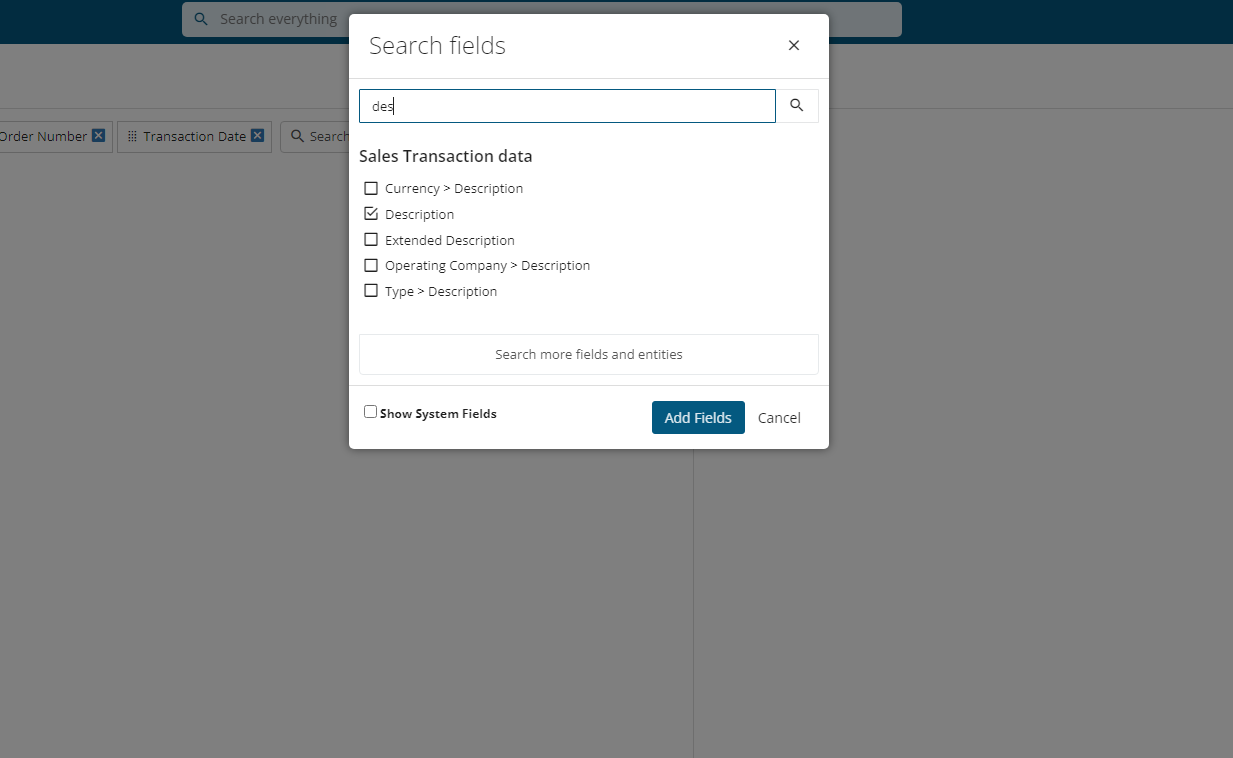 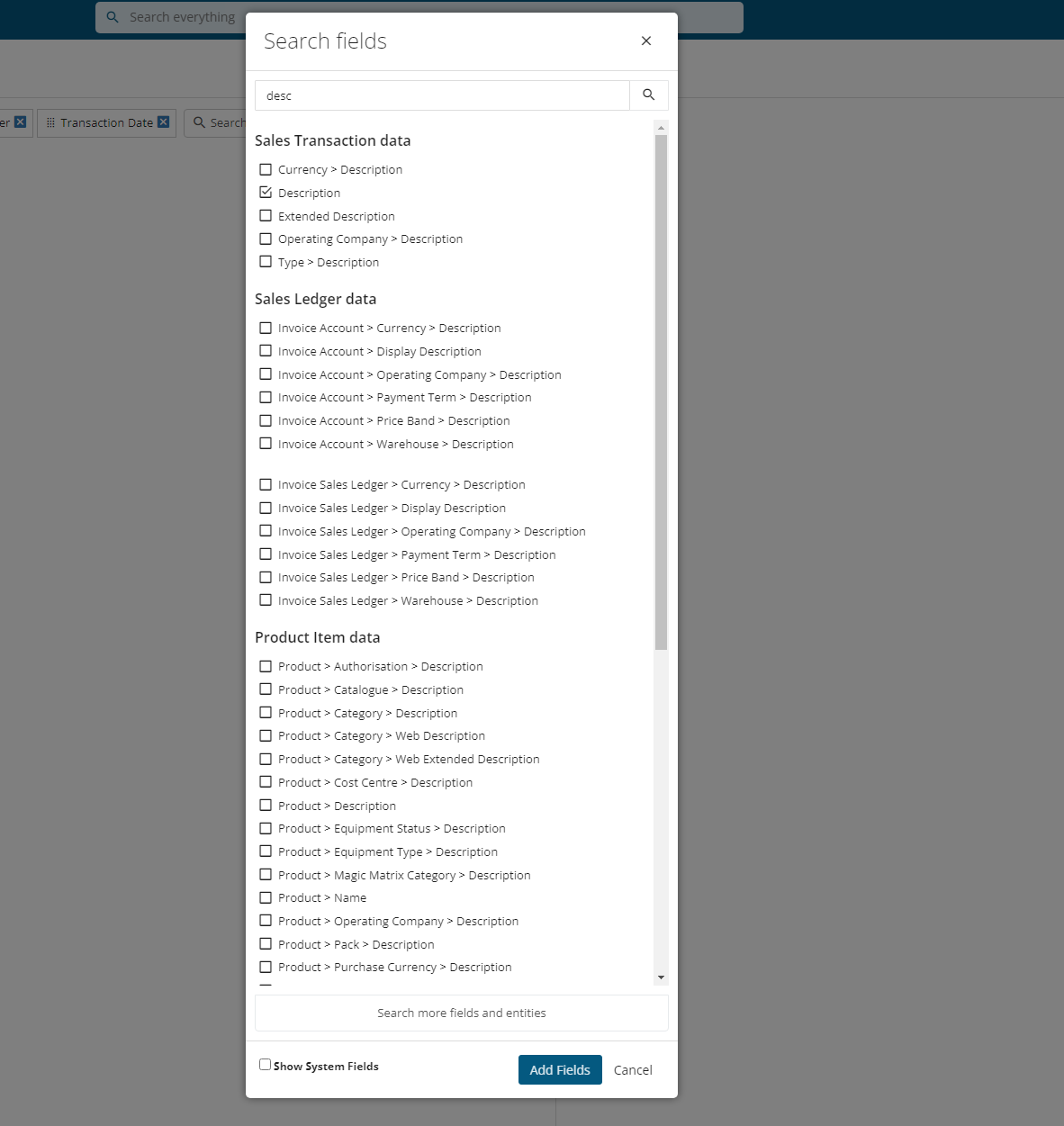