Learn about the key difference between a Company and a Company Group in this article!

Written by Jessica Nash
Updated over a week ago

Companies are the businesses that you interact with, for example prospects, customers, suppliers etc. All of these different types of Companies can be created in Prospect as a Company, and you use Company Types to differentiate your working relationship with them.

These a simple interface for Companies that have just one site/location, but if you have some customers who have more than one office, then it's possible to convert a Company to a Company Group.

Company Groups are companies with multiple locations/offices that are part of the same group. These will have more than one sub-company sitting directly underneath.

Sub-companies are only used when a Company Group has been created, and have the same icon as standard Companies (Single Companies).

Note: By default, the CRM will guide you to create records using the standard hierarchical structure, where the Company sits at the very top of the tree, so is usually referred to a a "Company", but can be referred to as a "Single Company" to help distinguish it from a "Sub-company" that sits under a "Company Group".

In a Company hierarchy, you'll notice that there's just one Company at the top, with the Contacts who work at that organisation directly underneath. At the Company level, you can store information such as the address, main phone number, account manager and company type (Customer, Prospect, Supplier, Lapsed Customer etc.). 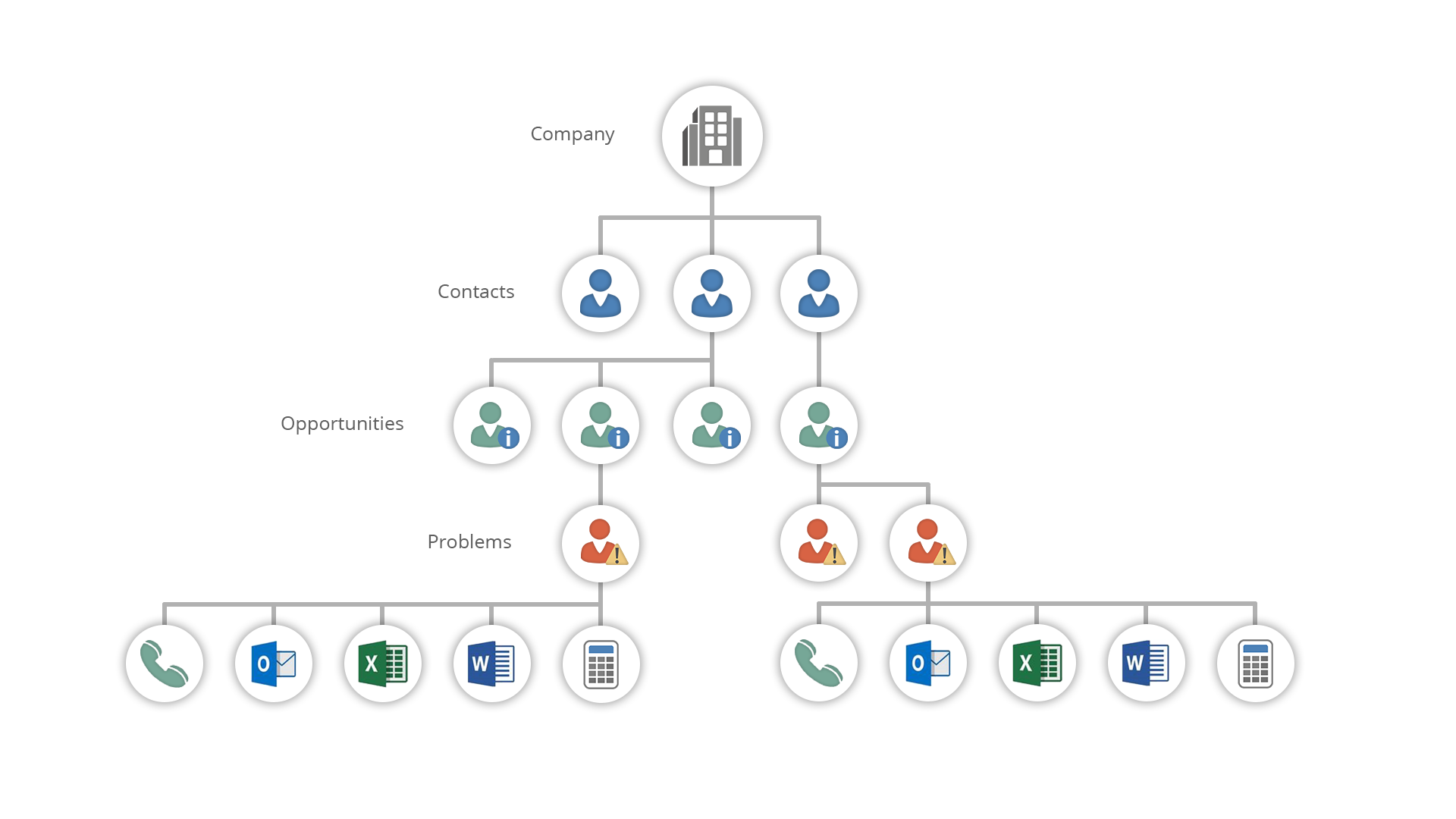 Please note that the Company Group has a different icon, as you can see in the diagram below. 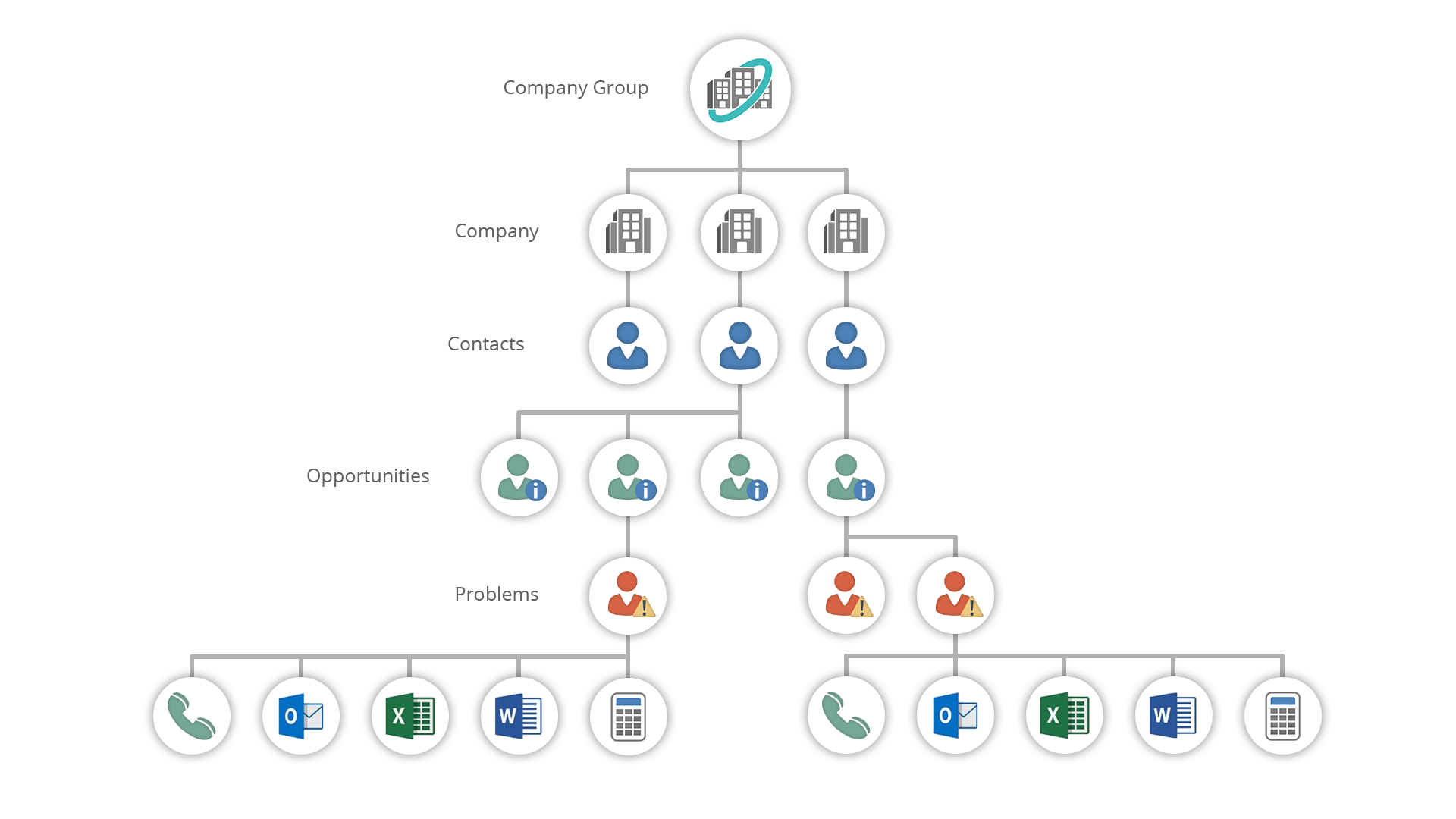 Here's an example Company record layout. As you can see, the Account Manager and Company Type can be assigned here, along with the other usual fields. 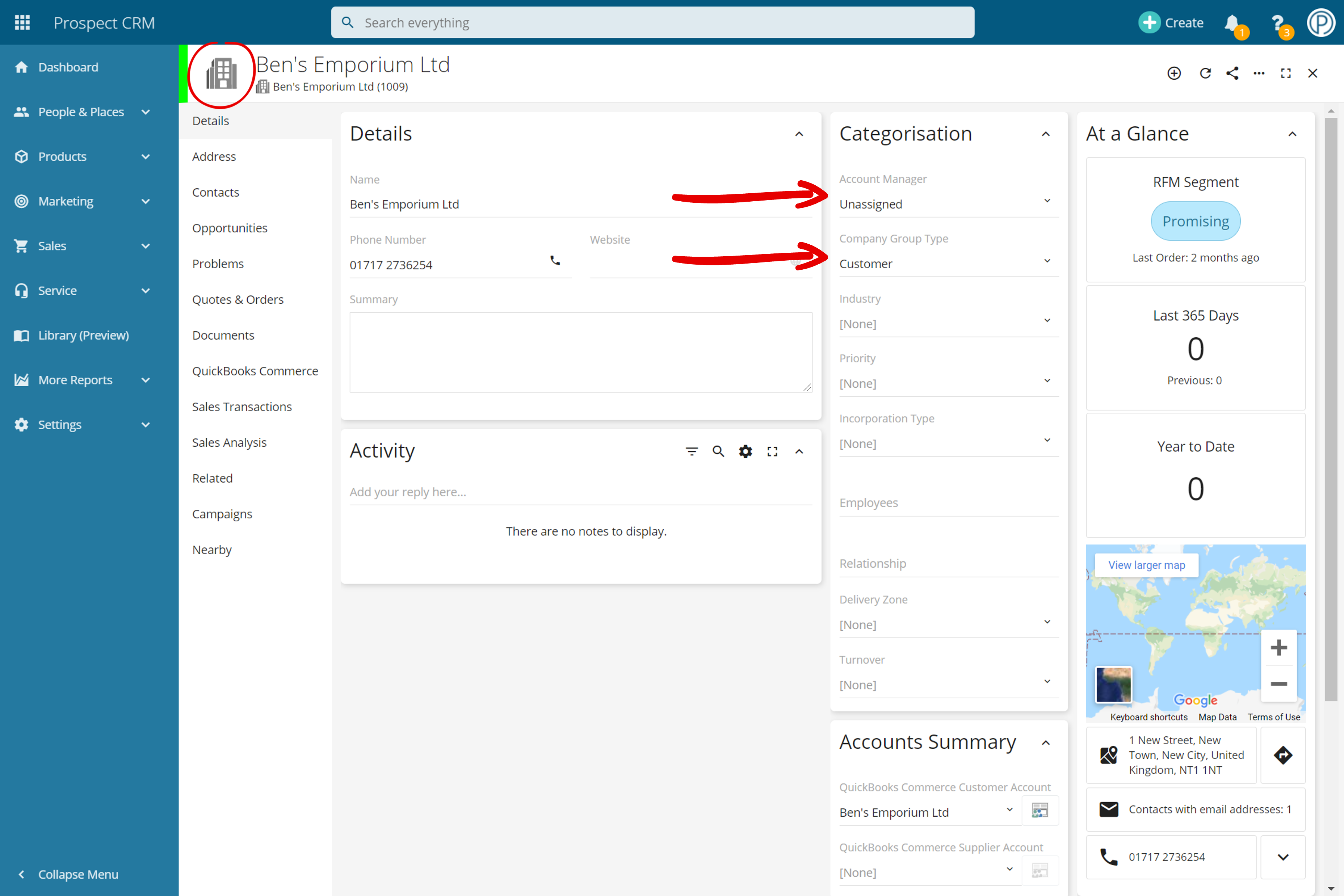 Here's an example Company Group record layout. As you can see below, the Account Manager and Company Type fields can be assigned here for the entire Company Group.

This is similar to the Company layout, but as you can see in the breadcrumbs along the top, this sits directly underneath the Company Group, as this business has multiple sub-companies/offices that we want to store in the CRM.

You'll also notice that unlike the Company layout, information like the Account Manager cannot be assigned here, as it's already set on the Company Group level (directly above this level). 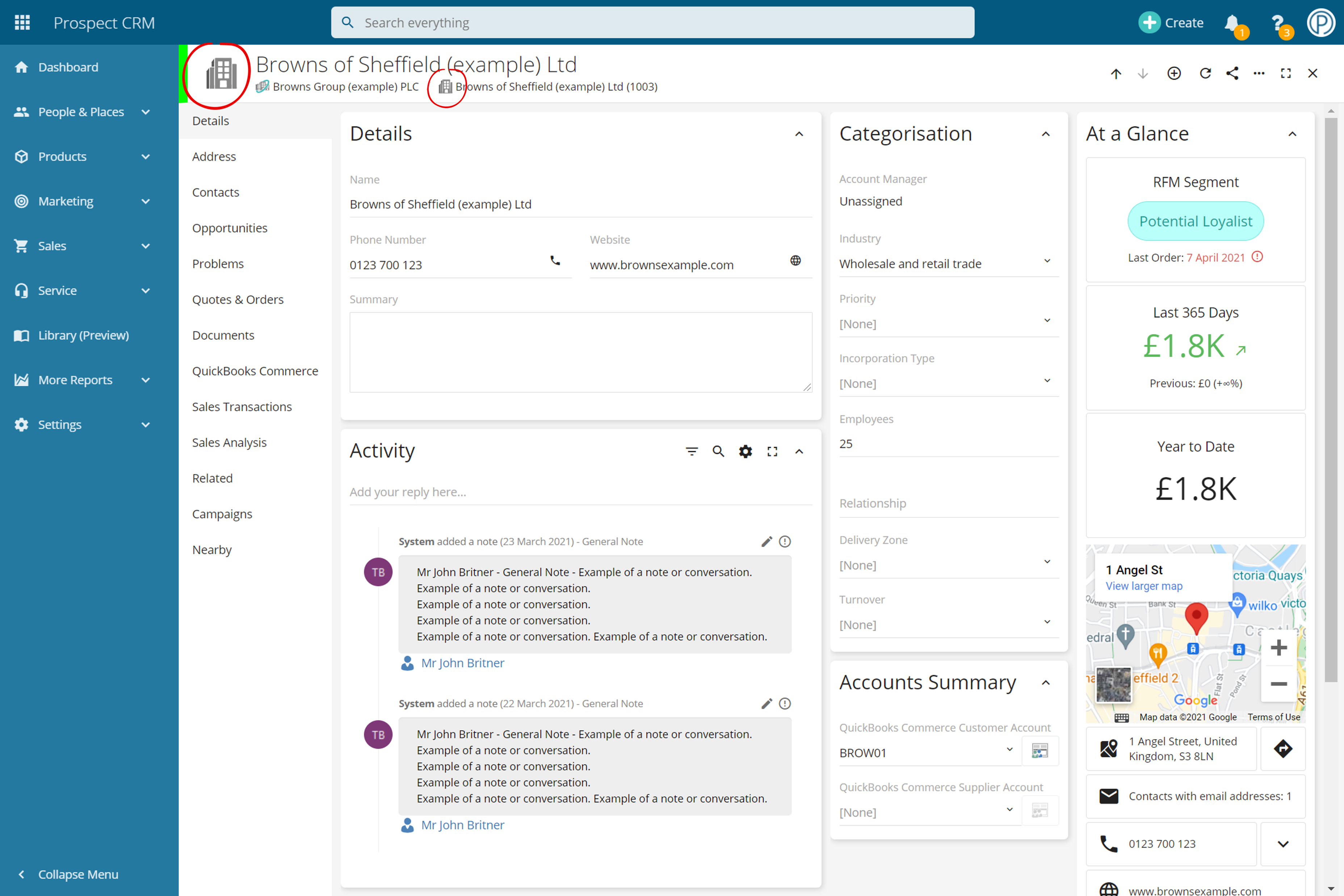 In the underlying data, every customer has a Company Group and a Company underneath, so in the Report Builder you'll always see both.

If you'd like to learn how to convert a Company to a Company Group please take a look at this article.