This article outlines how to split Campaign Activities into multiple activities.

Written by Jess Heald
Updated over a week ago

Being able to split up a Campaign Activity in Prospect CRM is useful, particularly for businesses who may want to evenly divide calling workload for telemarketing or telesales teams. It's also useful to use if you want to send out an e-shot to a small percentage of target contacts, rather than all at once, as you can control the send dates by splitting the Campaign Activity up into multiple ones.

Firstly, you'll need to create the Campaign Activity and add the people you'd like to invite. For more information on how to add Contacts and create Campaigns, take a look at the following articles:

To split your Campaign Activity, simply click on the further options (three dots) in the top right-hand corner, and select 'Split Activity' from the drop-down. 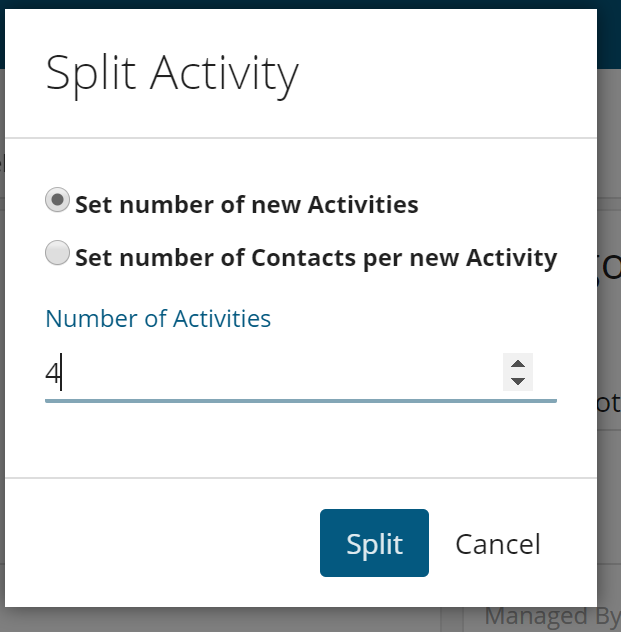